Obviously the best time to buy homes in Las Vegas is the worst time to sell them. But when is it?

There is actually a best time to buy or sell homes in Las Vegas. Throughout the years we have done thousands of quick CMAs to find the best priced homes for our investors. So it quickly became evident that some sell for far more or less than comparable units. One of the big reasons is timing. 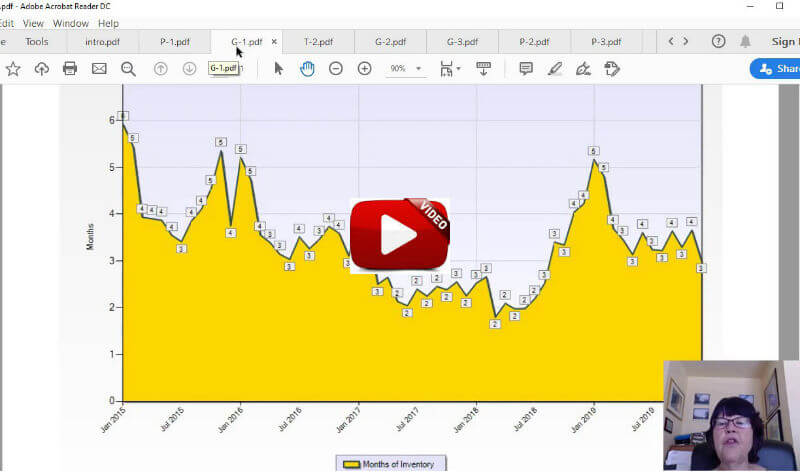 There is definitely a best time to buy homes in Las Vegas which is by default the worst time to sell a house. In this video, we will narrow them to a 30-45 day window. However, perfect timing is just one step in trying to get the best deal while buying, we have explained the whole process in home buying tutorials.  Read MoreRead Less

As we have always written pricing is a function of supply and demand. And the best way to show it is by months of home listing inventory which is calculated by dividing the number of listings that are not under contract or active listings by unit sales. 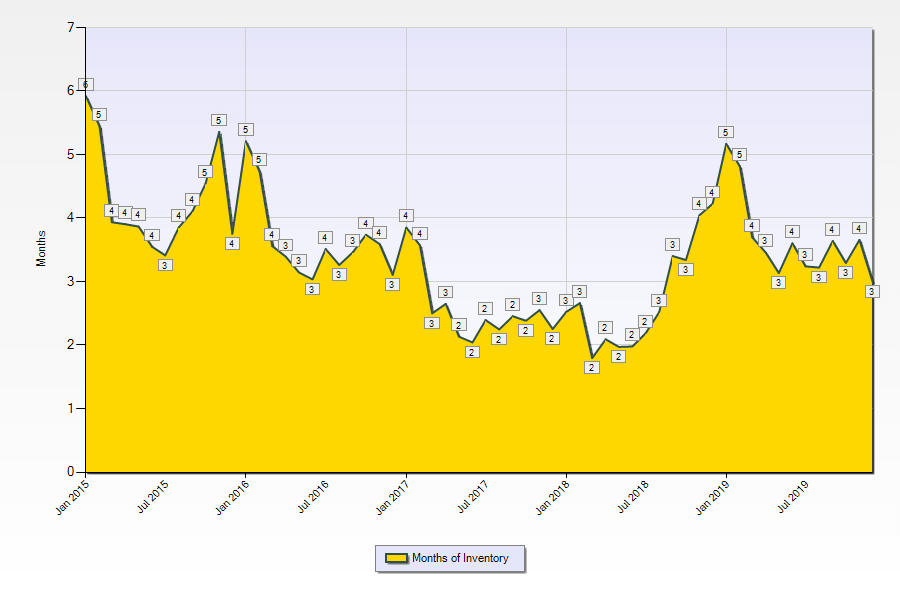 This graph shows the months of listing inventory for houses for the past 5 years. It goes down after January until June or July when it bottoms.  Then climbs for the rest of the year until it reaches its peak in December. Additionally, please note the significant reduction in the months of inventory by March of each year, and while it goes further down from March to June or July, it doesn’t go down by much. And it climbs the most in November and December.

Based on this information the best time to buy homes in Las Vegas is from March until June or July and the worst time to sell homes in the Las Vegas Metro is in November and December of each year. But we can filter this down further by looking at the median price and more effectively price per square foot of units sold.

The median price of homes usually peak in August or September

It must be noted that what we are interested in is the market activity or when offers are made and accepted, not when they close. Given that the vast majority of sales are financed, it takes anywhere from 30 to 45 days or longer to close the deal. But the majority close within a month or a bit more. So each month in both the median prices and price per square foot graphs is mostly influenced by the market activity of the previous month. 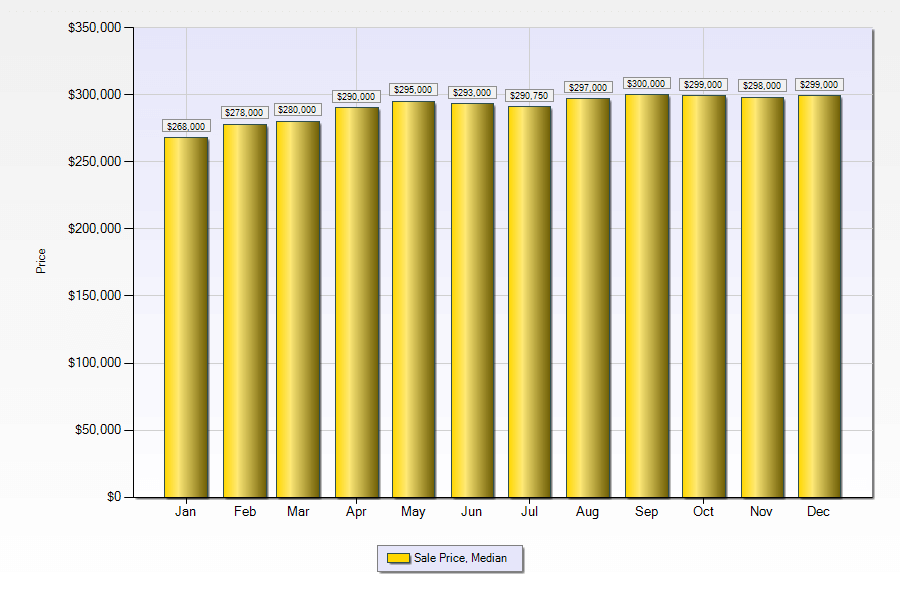 We have another median price gain of $5,000 or 1.7% in May before another $5,000 or 1.7% price increase in August and September. Then it went down incrementally and stayed in a narrow range.

So this showed the median price of what buyers are buying, but it didn’t show how much unit price has appreciated. The price per square foot of houses sold does that perfectly. 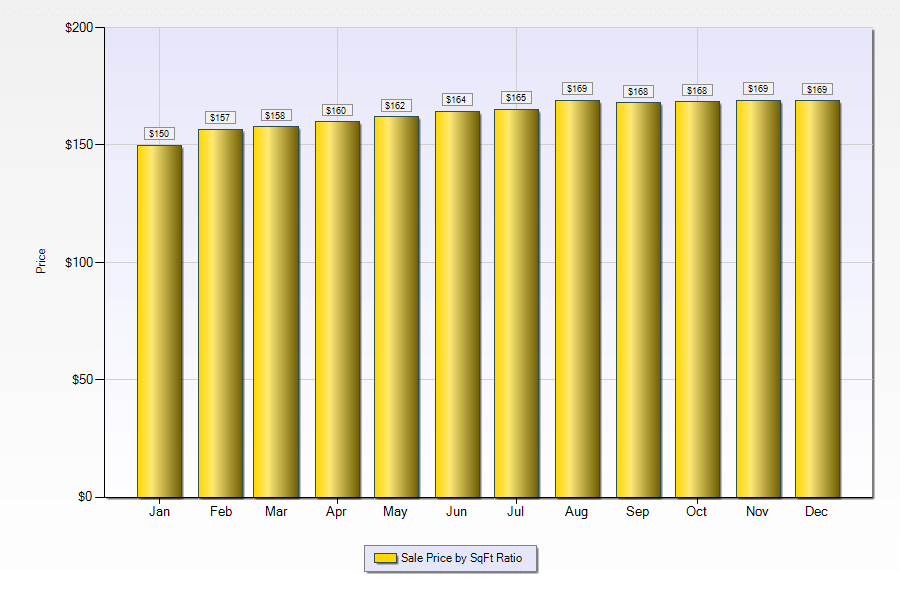 This graph shows the price per square foot of houses sold in 2018 which went up by 12%.

Now the story is a little different. Price per square foot of Las Vegas single-family residential went up by $7,000 or about 4.7% In February which represents mostly January’s market activity. Again, just like the example above it went up minimally by .65% in March before increasing by $2,000 or about 1.25% in the next three months. While there was minimal growth in July, the price per square foot of Las Vegas houses increase by $5,000 or about 3% by September and then it went pretty much unchanged for the rest of the year.

The best time to buy homes in Las Vegas

Given the above information, the best time of year to buy a home in Las Vegas is as early as possible every year, however, if the buyer fails to buy until July or early August, it is best to wait until Thanksgiving and buy before mid-January.

In the months of listing inventory graph, we show how it increases greatly in November and December. Given that it takes a while for sellers to consider discounting their listing, very good deals can be found in this period. Buying in December is better than buying in July or August, due to probable discount gained from the seller’s frustration.

The best time to sell homes in Las Vegas

The best time to sell homes in Las Vegas is mid-June to mid-July when the months of listing inventory bottoms and price per square foot reach its peak. And the worst time to sell houses in Las Vegas is from Thanksgiving to December 31st. However, there is a lot more to selling a house than perfect timing, in the guide to selling Las Vegas homes, condos or high rise video we explain the steps that have to be taken in order to get the highest possible sales price.

Now, this was an overview of all houses. When it comes to selling pool homes, given that it costs money to maintain a pool, forget about getting the best price for them from October to February of each year. The best time starts in May and goes to late July.

We hope that you find the best time to buy or sell homes in Las Vegas video useful. If you plan to buy or sell a house in the Las Vegas metro call us at 702-478-7800. We have researched all aspects of buying or selling residences and have published home buying guide video series that teaches how to get a great deal for your desired property.

On behalf of Saber Team, this Karen Saberzadeh of lasvegas4us.com wishing you a great day.

The best time to buy or sell homes in Las Vegas, video was last modified: January 28th, 2020 by masouds