While Las Vegas condo-hotels sales had dropped in 2019, COVID-19 exasperated the situation in 2020 and condos can be bought at large discounts in 2021

Las Vegas condo-hotel towers consist of Platinum Hotel, Signature at MGM Grand, Palms Place, CityCenter Vdara, and Trump International Hotel that we call Trump Tower. When it comes to unit price appreciation, they lag far behind all other sectors, including residential high-rise towers.

For our Las Vegas real estate market report this month, we will discuss the worst-performing Las Vegas high-rise condo towers, condo-hotels that have been hit hard by the COVID-19. 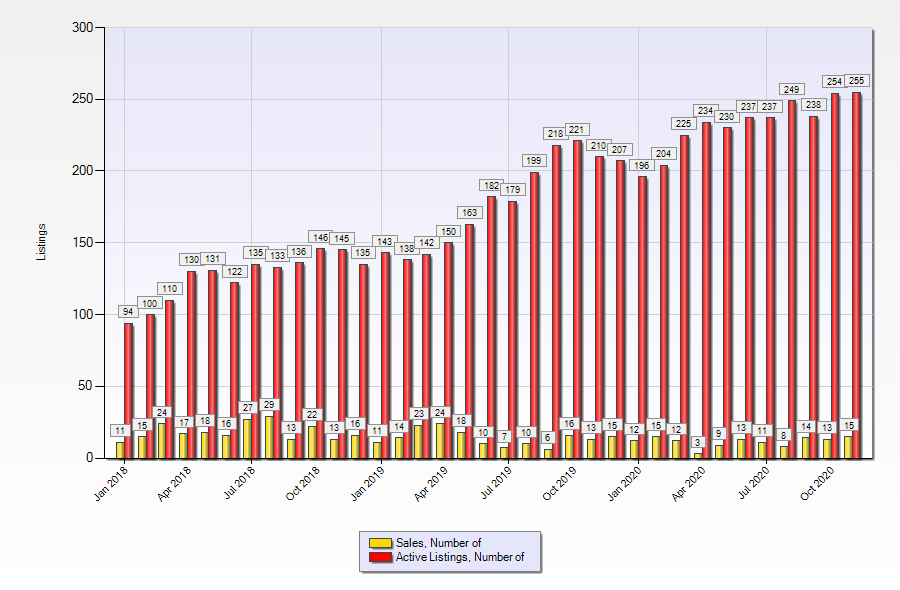 Condo-hotel listings in Las Vegas MLS have risen by 87% from about 114 listings per month in 2018 to more than 215 listings per month in 2020. In contrast, unit sales have dropped by 44% from an average of 221 units in 2018 to 124 in 2020. This combination doesn't bode well for future pricing. While this sector hasn't been doing that well before COVID-19, the bottom fell out afterward.

Tourism has suffered dramatically due to COVID-119. The lockdown brought the income from condo-hotels fell to zero during the lockdown. Hotel occupancy is down by about 50% in December 2020, significantly affecting the investor's income.

By contrast, the median price of single-family homes is up by 36% since 2017. Median price only shows market direction in lower price ranges. But price per square foot of all units is a much better measure of unit pricing.

How Covid-19 has affected condo-hotel’s pricing

2: Platinum Hotel: Along with Trump Tower, this is one of the two least appreciating high-rise towers. While active listings are up and unit sales have bottomed, prices will not go down by more than $15,000. But the future is not that bright for this tower. It never was.

3: Signature at MGM Grand: The average number of the listing has been 75 per month, while unit sales have not dropped much since last year due to fire-sale prices. Condo pricing has been hit much harder than the above. MGM Grand condos are selling for $30,000-$40,000 less than last year.

4: Trump International Hotel: The lion's share of condo hotel listing goes to Trump Tower with 87 units currently listed in the MLS, while only 22 units have sold so far in 2020. You can now pay $10,000-$20,000 less for a Trump Tower condo than in 2012, which puts its appreciation rate in negative territory. The price of a comparably priced home has more than doubled since then.

5: CityCenter Vdara: Only 39 condos have sold here from 2018 and none since COVID-19 lockdown. While unit prices have been climbing since 2015, lack of sales in 2020 makes it very difficult to predict this tower.

Tourism will take time to recover from COVID-19, and current predictions state that full recovery will not arrive until 2022. Rental income from condo-hotels will not recover until then.

We have never recommended buying Las Vegas condo-hotels, but if you really want one, early 2021 may be the time to buy a unit at a good discount from 2019. But after the vaccinations are complete, there is a real pent-up demand, and the economy should come roaring back. Then it will be too late.

If you want to buy or sell a high-rise condo-hotel, please call us at 702-478-7800. Due to familiarity with the high-rise condo market, we are uniquely qualified to help you get a great deal.